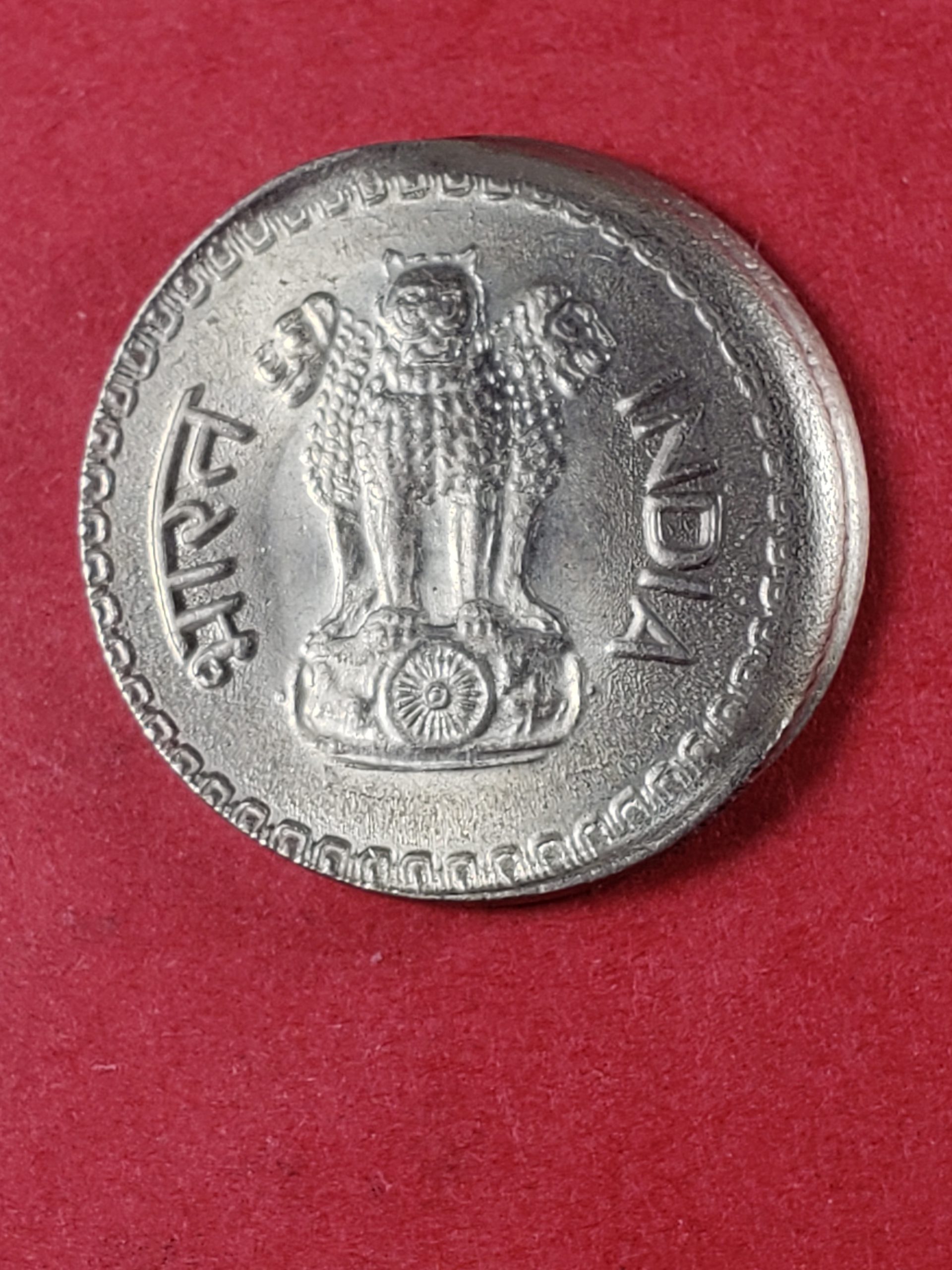 Below are several different capped die major mint error candidates to look at. Most of these major error coins have a photo of the obverse, reverse and an almost eye level, flat looking photo to show the raised rim area. Take a look at these and let me know if you agree with the attribution of them being capped die errors.

The 25 Paise coins from India are about the size of a US dime. My concern here was, that the high rim is only 50 to 65 percent around the coin. It is highly probable for the coin to become stuck on a die, resulting in a capped die and either be quickly removed my a mint worker, or the capped die simply was loose and fell off.

Coins numbered 6 through 10 are obvious die cap errors, but they don’t always end up looking like those. It really depends on what other events could happen. The die cap could fall off. It might be subjected to multiple strikes, an indent, brockage, fold over strike and the list goes on. The capped die #11 is a unique major mint error. You simply do not see a nearly perfect capped die. It usually takes some abuse while in the striking chamber, but in this case, this capped die appears to have escaped with out any additional strikes.

What is a Capped die?

With the anvil die clear, the new coin blank gets fed into the press. The capped die presses onto the new coin blank but cannot transfer the hammer die image. The anvil die normally will transfer the die image without any issues.  The end result for a capped die is basically ending up with a one sided coin. Once a die cap occurs, the coins that are struck while a capped die is in place in most instances are labeled as “struck through capped die” coins. Some error experts call these struck through capped dies “Uniface strikes” meaning  a die cap which adhered to the die, forming itself in the shape of a die and striking blank planchets.

The minting press does not care that a die is capped. It will continue to hammer coins. As the capped die continues to hammer coins, each strike will make the attached coin a little thinner. The metal will begin to climb around the outside of the die forming an elevated rim.

How are die caps removed?

There are normally three ways a die cap will be removed. A mint worker will recognize the die has been capped, stop the coins from entering the minting press and stop the press. The mint worker will then remove the die cap manually.

The second scenario is that the metal of the capped die will simply become so thin that the coin itself will fall apart.

The third scenario may involve another coin being struck out of the collar, causing the capped die to take an odd strike and potentially loosening the die cap to where it falls off. This is likely to happen to a die cap that is off center, with less grip on the working die.

In some cases, if planchets are stopped from entering the striking chamber, the capped die can then have the anvil die image pressed onto the capped die as the worker shuts off the minting press to clear the capped die.

What kind of error coin is this? How many errors? The answer is at the will be at the bottom of this post !

Here is a clue.

This coin represents a slightly elevated wall from about position on the coin at K9, going clockwise past K12 and continuing to K7. There is definitely some sort valley in between the rim and the normal height of the coin. A partial image between K7 to about K9 might be visible.

What do you think about these eleven major error coins from India? Care to take a shot at attribution ?

Capped die #10, is a nearly perfect example of a capped die. The obverse shows a high wall all the way around the coin. The reverse is nearly perfect, showing a bottle cap style design. It almost looks like a flying saucer !

Now, the answer to the “what kind of major error is this?” from the top of this post:

Answer: It is a capped die which has been multi-struck.. So the coin has two errors. It looks like an early stage capped die, much like the 25 Paise capped dies above. Then, when the die cap was released from the die, it took an additional strike before exiting the striking chamber.

Like what you see? We have other posts on major mint errors !!

Visit our homepage (https://minterrors.org) or take a look at these posts:

The ConecaOnline.org forum boasts a lot of major error coins as well !