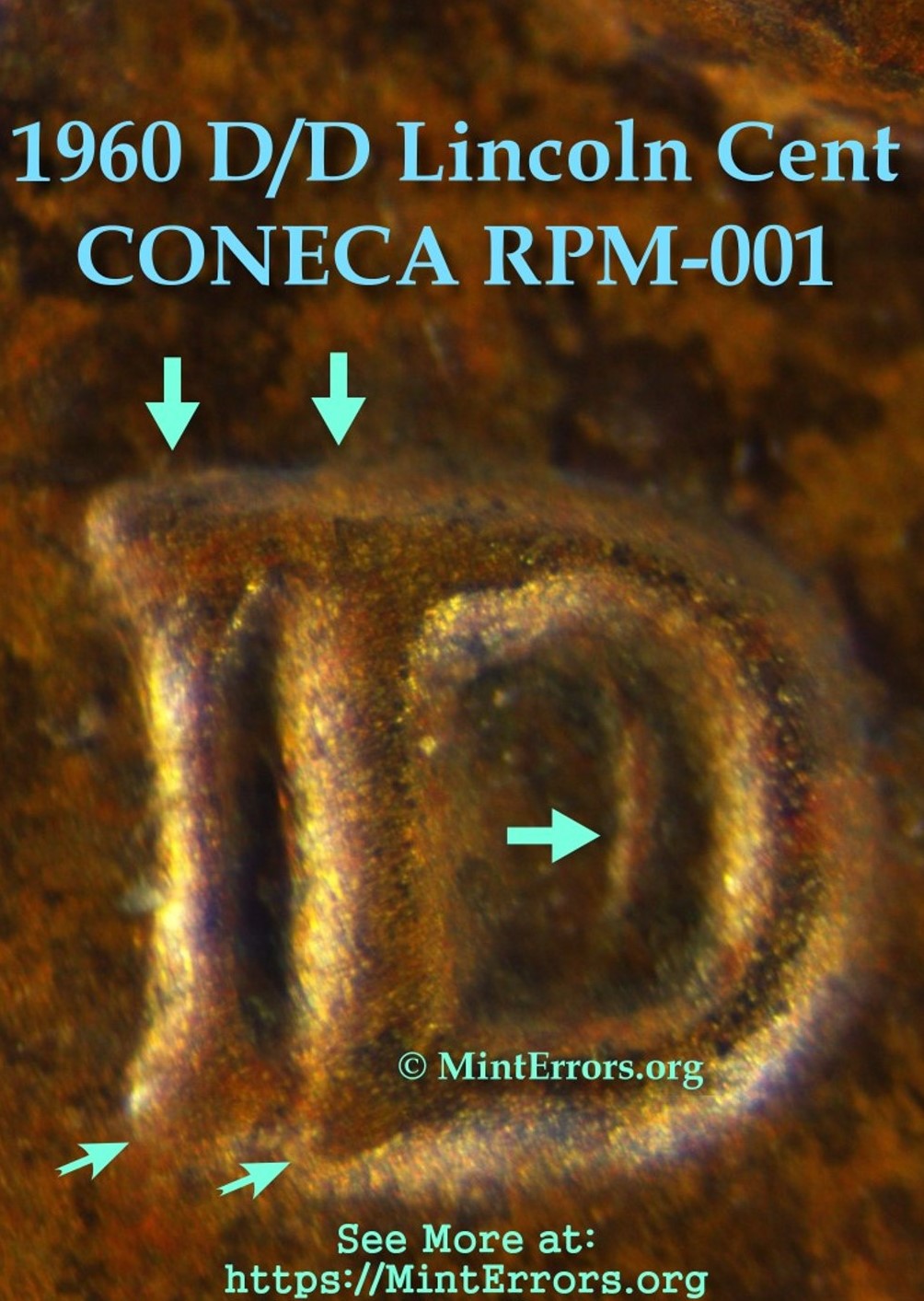 The repunched mint mark (RPM) has been deemed as a “variety”, since the US mint employee added an intentional, additional strike ( or more than one) to the working die that is making the coins.

Occasionally, the US Mint employee would use a small hand punch and a mallet to add the mint mark. The mint employee would examine the initial strike using a magnification eyepiece. Sometimes the inital strike using the mintmark punch and mallet was insufficient and an additional harder strike would be needed. Then that particular working die would have a re-punched mintmark (RPM).

So how do you tell a coin has a RPM ? It usually can be seen under magnification. There is a wide variety of repunched mint marks out there. Some RPM’s can be very hard to see. Others are very obvious. Let us review some of the RPM’s out there.

If the mint employee added a mint mark and then examined the punch to discover it needed to be struck one more time, it would add a second mint mark. If the mint employee placed the mint mark real close to the first strike, this would leave a single split serif which can be be seen on the top , bottom or both tips of the “D”. It’s the human error in this procedure which makes the coin a desirable variety.

If the Mint employee strikes a mintmark into the working die once, then an RPM does not exist. It has not been “repunched”, meaning more than once. At that point, when an additional attempt is made on the die, it becomes a repunched mint mark.

If the Mint employee strikes the mintmark onto the coin twice, a RPM is born. There may be a single, split serif located at the tips of the mintmark. This is usually referred as a D/D or an S/S.

Should the Mint employee strike the mint mark onto the coin three times, a RPM is born. This should result in the tips of the mint mark to have two split serifs. This is usually referred as a D/D/D or an S/S/S.

Think of it this way.

Put two fingers up together. For a moment think those are a mintmark. See the bottom valley between your fingers? if you have a D/D or an S/S you may see just one valley between each mint mark.

Hold up three fingers. How many valleys do you see at the base of the fingers? You should have two valleys. That is what you may see on a RPM that is a D/D/D or a S/S/S.

There is much to learn about Repunched mint marks

Think we are done about RPM’s ? Nope. In a future post we will talk about why some RPM’s are not added to the CONECA database.

We will also talk about how a RPM is designated as North, South, East, West, CCW CW, horizontal, over mint mark (OMM) and other possible designations.

Until next time, I hope you enjoyed this post in our Educational series.