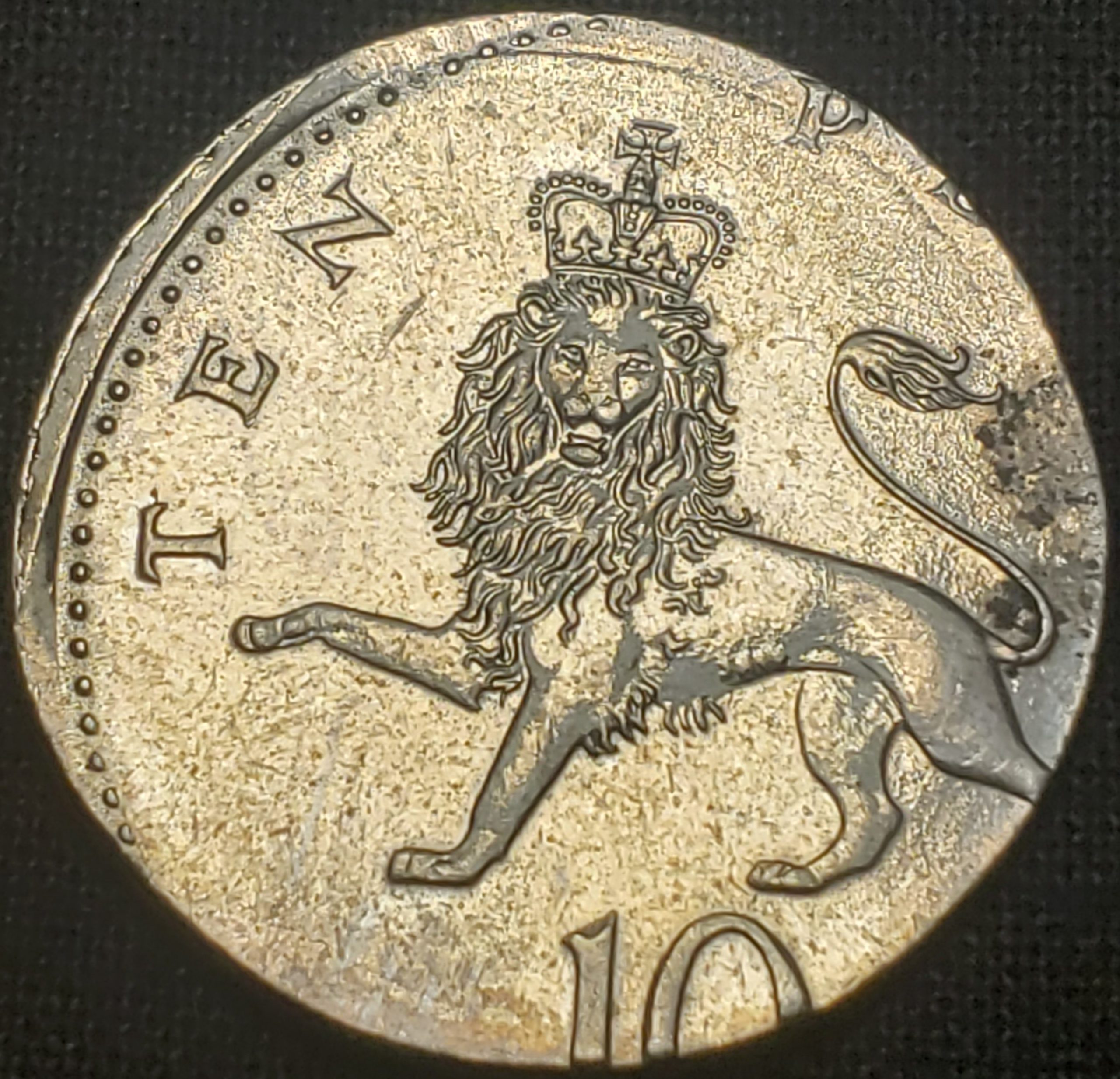 I had a great source that was willing to work with me on purchasing about a half dozen Wrong Planchet Error Coins or struck on wrong planchet errors that originated from the United Kingdom. These error coins were quite affordable and appear to be very scarce, so I had to take advantage of the opportunity.

For Wrong Planchet Error Coins – Focus on the Year, weight of the coin and metal composition

The focus should be on the planchet year, the country which struck the planchet, the weight and whether the planchet is magnetic or Non-magnetic. As you will see in the examples below, for these Wrong Planchet Error Coins, the difference in grams is pretty significant.

I see people on a popular auction house/buy it now arena that attempt to convince people that since a coin is a few hundredths of a gram off, that the coin a Wrong Planchet Error Coin. In most of those cases, the metal was not at a proper thickness when the sheets were layered or rolled which can make the metal inconsistent. That is why the US Mint and US Law have established weight tolerances and actual design specifications for minting US coins. If the coin exhibits the 100% of the design on both sides and looks comparable to another coin struck from the same year and mint, it may just be an underweight planchet.

One more thing to add. If the coin looks mushy or if you look under magnification and see what I like to call empty looking ravines or the surface of the coin does not look natural, it could have been dropped in something that contains an acid. This can cause a coin to have some of its metal being eaten away, thus marring the surface and making the planchet thinner and underweight.

An Experiment, should you choose to do so.

It’s up to you whether you want to try this or not. If you do, you assume all risk. Find a coin, the best would be a cent only a few years old that is not in very good condition at all. Weigh that coin . Then, find some tomato based sauce – even some Ketchup is fine, and place that coin on a piece of tin foil or some other thing, maybe a plate.

Then, liberally cover that coin with a good amount of Ketchup and walk away for a several hours, or until the next morning, then check on the coin. Rinse it off, dry the coin off with a paper towel and take it to the scale to see if the Ketchup changed the appearance or weight of the coin.

I do NOT recommend using any sort of stronger chemical, especially inside a home or garage. I am not sure at what length of time it takes for this experiment to remove some of the metal, but now you know, things can happen to coins which occur outside of the mint.

People will do weird things to coins to make the collectors and attributors scratch their heads. The logic behind most circulated coins that are could be considered errors is that some of the attributors will automatically lean towards the coin having been altered after it left the mint, or dubbed “post mint damage”, meaning the coin was not in that condition when it left the mint, so the coin experienced the damage some where else.

On with attribution of Wrong Planchet Error Coins

When the coin is in hand, there are two tings to note. One is that the coin is missing some of the design on both sides of the coin. The other is that there are no obvious tooling or file marks on the coin what so ever, eliminating the possibility of some one tampering with the coin.

Numista as a reference and finding a probable planchet match

After writing this information down, I went to a website called numista.com . Under the coins section, a large list of countries is offered. I navigated to the United Kingdom and Clicked on United Kingdom. In the Search field, to the left I made sure that United Kingdom was present and I type in (with quotation marks), “1992”.

The results for UK coins with a reference of 1992 appeared. I knew the weight of this planchet which is 3.19 grams. A “normal UK coin” with the weight of 3.25 grams is a Five Pence coin. This is only six-one hundredths of a gram off. A very porbable combination. The Five Pence coins were minted from 1990-1997 so the potential for this planchet being used is very probable. Here are some specifics on the Five Pence Planchet.

The website assists in telling me that this planchet was non-magnetic, but the metal composition of Copper-Nickel also confirms this. So we have the the right range of years, a really close weight and the fact that it is a non-magnetic planchet, which matches the coin we have in hand.

Since we walked through the attribution phase with the coin above, I am not going to perform the attribution on each and every struck on wrong planchet / off metal coin listed here. I will show you the photographs, give you the probable attribution and if you desire, you can practice double checking the attribution, if you decide to do so.

1998 UK minted One Penny struck on a foreign planchet.

I have a few more of these UK Wrong Planchet Error Coins on the way. Should I find the time, I will add them to this post.

Want to read more about error coins? Take a look at these posts !