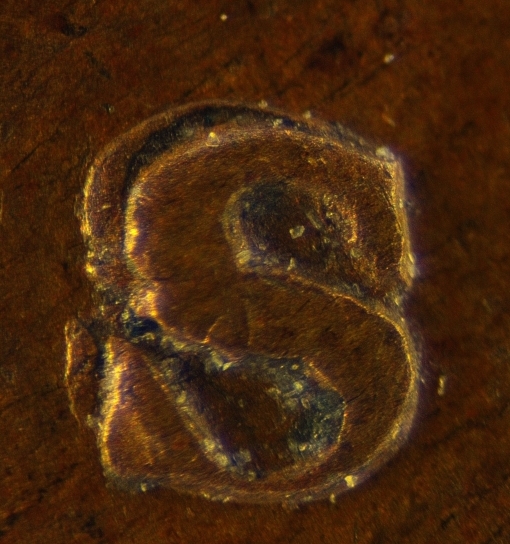 A die variety coin is an alteration to an existing die pattern, that was created by and used within the mint. The die variety coins may be a slight modification to the approved impressions on the working dies that make coins.

It’s late in 2022 and I see an increased desire by collectors to find die variety coins. What is a die variety coin? A die variety coin was a slight modification to the approved process in which dies were created. Die variety coins were mainly minted prior to 1996, and before the single squeeze technique by the US Mint was implemented.

Occasionally things go wrong when they added mintmarks to a die prior to 1991. If an additional mintmark was applied on top of the first attempt, a die variety coin would be minted, called a Re-punched mintmark, or RPM. The working die with the RPM were added to minting presses and started created coins with RPM’s on them for the life of that working die.

In addition, other die variety coins were minted prior to 1996. The US mint prior to 1996 was using a multiple squeeze technique to transfer the images from the master die to the working dies. If the mint workers took the die out of the die press to examine it to ensure all the design features were present, and did not align it back up properly, for another impression to the working die, there was a high probability that a doubled die (doubled die obverse or doubled die reverse) was born.

This doubled die is another form of a die variety coin. The working die with the doubled die were added to minting presses and started created coins with doubled dies on them for the life of that working die.

Other die variety coins that were created prior to 1996 are:

The list above are VARIETIES, they are NOT errors. Die variety coins can be categorized and documented because the issue is on the DIE itself. The varieties are caused by HUMAN intervention, either a modification or mistake to a relatively new die. Do not confuse this with any “error” coin that ends up on the die like die cracks, cuds, laminations, off-center strikes, double strikes or other issues labeled as errors.

If you have a coin that you suspect is a die variety coin, in my opinion YOU should do the primary research. Why? because you will learn from it, and the people who assist you in any forum area will have less to look up if you take the initiative and help them and help yourself. Others are more willing to help, if you help yourself.

Listed below, are a few websites and tips on how to attribute your own die variety coins.

Let’s do a die variety attribution together !

Let’s do an attribution together. Here is the potential die variety coin 1941-S Lincoln Cent :

The three photos below are all you have to attribute this possible die variety coin. So let’s head out to http://varietyvista.com to see if it might be listed there.

On the main page of varietyvista, under the LINCOLN CENTS area to the left, look under the RPM’s area and find the LWC RPM’s 1909-1958 button. Click on that button. (LWC is Lincoln Wheat Cents)

The page changes and shows 11 RPM’s that might be a match for our coin. All we have to do is match this coin to one listed on the varietyvista page.

This is VITAL. look at the photo below and note where the “S” is located. Remember, that “S” was hammered into the working die by hand back in 1941, so the location of every working die, the “S” might be slightly different in position. Our coin, on photo #2 looks like the “S” is almost centered at the corner of the “4” in the date. Let’s see if we can eliminate any matches on varietyvista. A quick look at all 11 on varietyvista and we can ELIMINATE the following:

Now, we want to look closely at the mintmark on this coin and note what it is showing us. Is that machine doubling? No, The secondary area to the West is raised and it mimics the mintmark to the East. Looks like one “S” almost on top of another. There are even two curves of the “S” and two lower serifs as well.

A quick look at the examples on varietyvista and it looks like there are a few possibilities that might match up:

RPM #1, RPM #5 and RPM #11. Pay attention to the list above where we eliminated a few due to the incorrect position of the mint mark, and this has narrowed our potential matches down to three.

On varietyvista lets click on the link for 1941-S RPM-001. Hummmm that “S” looks a bit different, almost smaller? We won’t rule this one out yet.

Lets hit the BACK button on your browser or the 1941-S RPM’s button at the top of the current varietyvista page we’re on.

Lets hit the BACK button on your browser or the 1941-S RPM’s button at the top of the current varietyvista page we’re on.

Let’s click on the 1941-S RPM-011 button. Hey, that die variety matches up pretty good. There are only three photos and none of them show any marker or pick up points to look for. Markers and pick up points are “issues” on the die that transferred to the coins, such as die gouges, die scratches , small die cracks or other things that would help you get down to a “stage” or age of the die.

The more coins that the die strikes, the older it gets. Occasionally the working dies will go through a maintenance period, and some of the scrubbing and cleaning of dies can add markers or pick up points to assist in finding out what RPM it is, as well as the stage or age of the die.

How to tell the difference between a doubled die and machine doubling?

In my article, https://minterrors.org/what-is-machine-doubling-or-mechanical-damage/ I show some classic machine doubling photos. I don’t go overboard – all machine doubling looks slightly different, but the result is the same.

Additionally, another post, https://minterrors.org/educational-series-what-is-a-doubled-die/ , shows some examples of doubled dies. Notice how the doubled die impressions are at nearly the same height. That is important.

Photography of your die variety coins

Off the cuff photography of die variety coins

Off the cuff photography. Nothing special. No painstakingly adjusted lighting or careful planning. Snap and go. Results are acceptable. In these photos there might be a tad bit too much lighting, but I wanted to show how easy shooting decent photos are. Look, this Kennedy half dollar pictures below is 10 inches square on my monitor and it shows up focused and clear.

Oh, and THIS is a Proof coin as well, which are usually a pain for most people to get a good photo. This is a JPG photo and it is huge, and under 2MB in size for each photo.

Thanks for the visit. If you have any questions about this post, this website or other generic information about coins, feel free to drop us a note.